Blog
You are here: Home1 / Blog2 / Role models3 / Five People We Can All Learn From Today…

Many of us have role models in our life. People we look up to, people who inspire us, people who motivate us. For whatever reason, they have done or are doing things in their life that we admire and wish that we could do. Or they have said or are saying things that effect us in a positive way or have had made a significant change in our lives. From celebrities, actors, actresses to world leaders, to people who live close to us in our country or community, they can leave a profound message for us in what they do and / or say. Who are your role models as you continue in your education and employment? Who can you learn from?

Many people can be role models to some and the opposite to others. It depends how we see this person. Are they authentic, do they stand what I stand for, do they believe what I believe, are they consistent, honest, trustworthy, self-disciplined, brave, confident, great speakers, humorous, good-looking? Maybe they are the opposite to these and that is why we see them as a role model in our minds or that is why we admire them and think they are ‘cool’.

Five people that I think we can all learn from today are:

Angela Merkel, the German Chancellor is an exemplary woman amongst a sea of men in her area of expertise – politics. How she can speak her mind and speak from the heart on issues that she knows effects the people she represents, is something we can all learn from

Andy Murray, the British Tennis Player, winner of the USA Open, Olympic Gold Medalist and now Wimbledon Champion. Known as the baby of the tennis world, he has now become a man for his life-long dedication to perfecting his game and reaching the ultimate goal of winning Wimbledon through hardwork, persistence and discipline…has he learned the hard way or what?

Tiger Woods, 14 times Major Winner, who has had his fair share of challenges, some self-inflicted and of his own doing, has bounced back to win again and is on the cusp of winning more majors to beat Jack Nicholas record of 18. We have to admire and learn from his determination to bounce back and be the best he can be again overcoming major, almost impossible obstacles in a game that demands the ultimate in perfection.

Michael D. Higgins, Republic of Ireland’s President had such a long and illustious career in politics, reaching the ultimate accolade of becoming President of his country. His belief and outspoken approach to life’s important items make us all reflect on how we live. We can learn a lot from this perosn who has witnessed life through many decades

Katie Taylor, Olympic Gold Medalist has achieved the ultimate in a sport where not many have achieved. Watching her in the boxing ring and witnessing her determination to win and beat her opponent fairly and squarely is learning that we all admire and wish we had.

What do you stand for? Who are your role models, do you have one? Choose one, learn from them, copy them and be the best you can be…

This site uses cookies. By continuing to browse the site, you are agreeing to our use of cookies.

We may request cookies to be set on your device. We use cookies to let us know when you visit our websites, how you interact with us, to enrich your user experience, and to customize your relationship with our website.

Click on the different category headings to find out more. You can also change some of your preferences. Note that blocking some types of cookies may impact your experience on our websites and the services we are able to offer.

These cookies are strictly necessary to provide you with services available through our website and to use some of its features.

Because these cookies are strictly necessary to deliver the website, you cannot refuse them without impacting how our site functions. You can block or delete them by changing your browser settings and force blocking all cookies on this website.

These cookies collect information that is used either in aggregate form to help us understand how our website is being used or how effective our marketing campaigns are, or to help us customize our website and application for you in order to enhance your experience.

If you do not want that we track your visist to our site you can disable tracking in your browser here:

We also use different external services like Google Webfonts, Google Maps and external Video providers. Since these providers may collect personal data like your IP address we allow you to block them here. Please be aware that this might heavily reduce the functionality and appearance of our site. Changes will take effect once you reload the page.

Hi! Click one of our member below to chat on Whatsapp 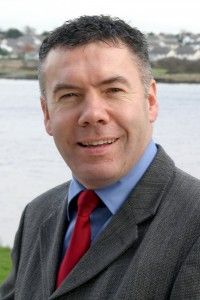